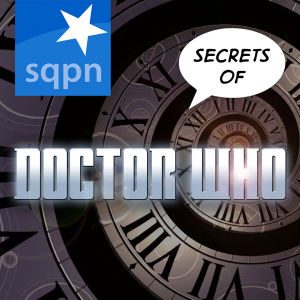 The Secrets of Doctor Who is a discussion of everything about the hit BBC series Doctor Who, from its beginnings in 1963 to the reboot in 2005 to the very latest episodes of today, on TV, in audio books, and everywhere in-between. Join Jimmy Akin, Domenico Bettinelli, and Fr. Cory Sticha for in-depth discussions of the Doctor Who phenomenon.

Send us your feedback at [email protected] and visit us at the Secrets of Doctor Who Facebook page.

Get the official Secrets of Doctor Who shirt, featuring Jimmy, Dom, and Fr. Cory as three of the Doctors. Find it at sqpn.com/merch.

Are you new to Secrets of Doctor Who and want to listen to our first 100 episodes? Just copy THIS SPECIAL LINK to your podcast player app of choice to listen to them all. Copy THIS LINK for episodes from 101 to 300. (See THIS VIDEO for how to do this in Apple Podcasts; other apps will be similar.) And subscribe to our recent and future episodes with the links below:

RSS
Here’s how to listen to or follow the podcast. (Don’t worry: It doesn’t cost anything to follow.)
Purchase seasons of Doctor Who and related books at the Secrets of Doctor Who Bookstore. 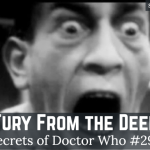 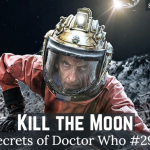 Kill the Moon - Return to the Moon Egg! Jimmy Akin, Dom Bettinelli, and Fr. Cory Sticha revisit this 12th Doctor story that presents a more implausible and less scientific than usual plot contrivance to create dramatic tension between the Doctor and Clara. Our commentary may be more entertaining the episode itself. 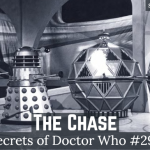 The Chase - Goodbye Ian and Barbara. Jimmy Akin, Dom Bettinelli, and Fr. Cory Sticha discuss the departure of these Companions and the arrival of a new one in this story that takes the Doctor through a bunch of mini-adventures pursued by Daleks. 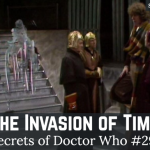 The Invasion of Time - Fourth Doctor Lord President. Jimmy Akin, Dom Bettinelli, and Fr. Cory Sticha discuss this story that sees the 4th Doctor become Time Lord President only to seemingly turn traitor, plus we get to see a lot more of the Tardis interior. 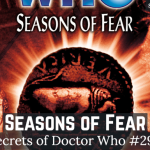 Seasons of Fear - Time loops within time loops. Jimmy Akin and Fr. Cory Sticha discuss this 8th Doctor Big Finish story, including a character who says he kills the Doctor in his future; the Roman cult of Mithras; and loose threads connecting to later stories.
See ALL EPISODES

Find a Discussion by the Date of Doctor Who Episode Airing