A podcast that delves into movies and TV shows, both new and classic, looking at them from a fan’s perspective and going beyond the surface to the hidden layers and deeper meanings. 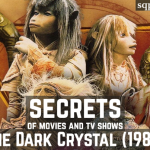 The Secrets of The Dark Crystal (1982) - The Dark Crystal was an innovative puppet-based fantasy story when it came out in 1982, and Thomas Salerno, Kathryn Laffrey, and Patrick Mason discuss why it continues to be a fan favorite 40 years later as well as the movie's exploration of the duality of good and evil. 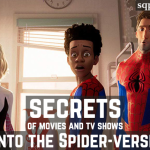 The Secrets of Into the Spider-verse - Is it the best Spider-man movie? Andrew Hermiz, Thomas Salerno, and Robert King discuss this animated superhero movie that brings together many versions of Spider-man into a story that gets to the heart of the superhero vocation. 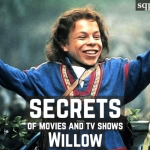 The Secrets of Willow - With a sequel to the 1988 film now out, Thomas Salerno, Robert King, and Patrick Mason revisit the beloved original, examining its connections to other fantasy, like Tolkien's works, and the bigger themes the story addresses. 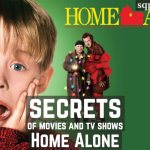 The Secrets of Home Alone - Home Alone is one of the funniest Christmas movies with its bumbling burglar antics. Dom Bettinelli, Mike Denz, and Andrew Hermiz also find that it's a touching story about family, faith, and forgiveness and the ability to change at any age. 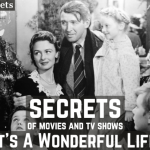 The Secrets of It’s A Wonderful Life - Each person's life touches so many others and when they're gone, they leave a hole. Dom Bettinelli, Shelly Kelly, and Mike Denz discuss one of the greatest Christmas movies and its classic themes of the importance of every life, redemption, and the unsung heroics of the people who live among us.
See ALL EPISODES