The Secrets of Stargate is a fan podcast about the hit 1994 movie and the TV series that followed, including SG-1, Atlantis, and Universe, plus whatever comes next. The show goes beyond the surface to look at the deeper layers and themes found in Stargate, while enjoying the mythologies explored, the fun science fiction elements, and the trademark humor. Whether you’re new to Stargate and watching it for the first time, like our host Jack Baruzzini, or a longtime fan like Lisa Jones, Victor Lams, and Fr. Cory Sticha (who also brings his expertise as a US Air Force veteran), you will be sure to enjoy the Secrets of Stargate. 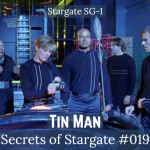 Tin Man - Comtrya! Jack, Lisa, and Victor discuss the metaphysical questions associated with consciousness transfer and the existential horror that underlays the story of the team being transplanted into robot bodies. 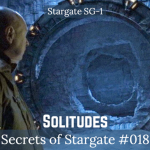 Solitudes - Set sail on the SS Carter and O’Neill! Jack, Fr. Cory, Lisa, and Victor chat about this episode that while it has a rather simple plot, it provides an in-depth exploration of character, sets the stage for a future relationship, and pokes fun at certain scifi tropes. 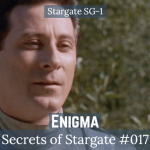 Enigma - Introducing the Tollan! Jack, Lisa, and Victor discuss this advanced human race that acts condescending toward primitive humans of Earth; talk about Sam Carter's first love interest, who is so boring, and wonder how hard is it to pass through matter. 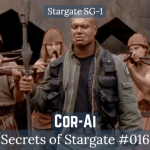 Cor-Ai - Stargate explores the idea of redemption and forgiveness. What happens when a bad person repents and turns good? Jack, Victor, and Fr. Cory discuss Teal'c's trial for murder, a son's demand for justice, and O'Neil's belief in Teal'c's change, if not his innocence. 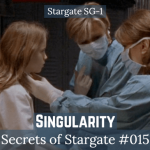 Singularity - This one hits in all the feels as Carter gets the chance to showcase her maternal strength. Jack, Lisa, Victor, and Fr. Cory talk about how the script then undercuts the moment.
See ALL EPISODES