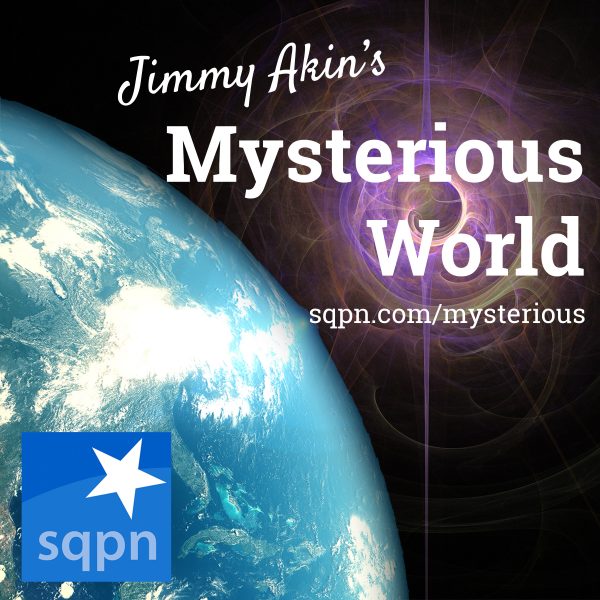 Jimmy Akin’s Mysterious World is an exploration of the weird, the strange, and the unusual. Join Jimmy Akin and co-host Domenico Bettinelli for a fascinating look at ancient mysteries, folk tales, urban legends, crimes, conspiracies, and the supernatural from the twin perspectives of faith and reason.

Send us your feedback at [email protected] and visit us at the Jimmy Akin’s Mysterious World Facebook page.


Here’s how to listen or subscribe to the podcast. (Don’t worry: It doesn’t cost anything to subscribe.)

Want to see the book suggestions from our episodes? Visit the Mysterious World Bookstore. 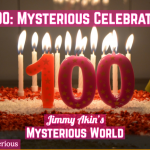 Mysterious Celebration! (100th Episode Anniversary!) - We're celebrating our first 100 episodes with updates on the some of the mysterious topics we've discussed, as well as hearing your feedback on the podcast and what it means to you. Jimmy Akin and Dom Bettinelli want to thank the listeners for their support in our first 2 years and look forward to many more shows. 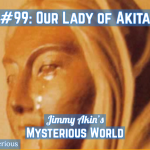 Our Lady of Akita - From 1973 to 1982, a Japanese religious sister reported receiving messages from an angel and the Virgin Mary as well as a serious miraculous events. Jimmy Akin and Dom Bettinelli examine the mystery of Our Lady of Akita, what happened, whether it was supernatural, and its connection to Fatima. 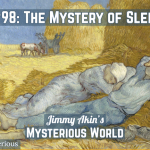 The Mystery of Sleep - Every day, creatures all over the world just shut down, lose consciousness, and then start back up again hours later and science still isn't sure why it happens. Jimmy Akin and Dom Bettinelli explore the mystery of sleep, why it's necessary, and how we can get more of this precious commodity. 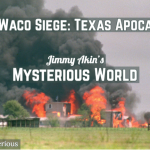 Waco Siege: The Evidence (David Koresh, Branch Davidians, Texas Apocalypse) - Federal agents stormed a religious commune in Waco, Texas, on April 19, 1993 after a months-long siege, leaving dozens dead. Jimmy Akin and Dom Bettinelli are back to consider the allegations of government misconduct, coverup, and conspiracy; examine the evidence; and seek the truth of what happened. 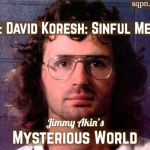 David Koresh (Waco Siege, Branch Davidians, Texas Apocalypse) - The Branch Davidian siege in Waco, Texas, came to a tragic end 26 years ago this month, leaving more than 70 men, women, and children dead. Jimmy Akin and Dom Bettinelli explore who the Branch Davidians were, what David Koresh believed, whether those deaths could have been avoided, and what's the truth about the Waco siege.
See ALL EPISODES

Support SQPN while shopping at Amazon

Automatically donate to
SQPN Inc.
Every time you shop at Amazon!