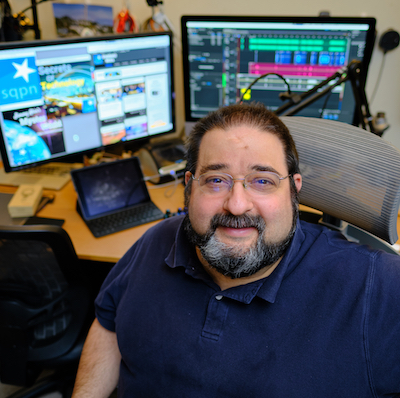 Dom is heard on many SQPN podcasts and is the chief executive officer of the network. He has worked with SQPN in a volunteer capacity since 2010, then came onboard in 2015 as executive director, and became CEO in 2018. He has experience in many varieties of Catholic media, including print magazines, online news, parish and diocesan new media, and radio where he produced and hosted.