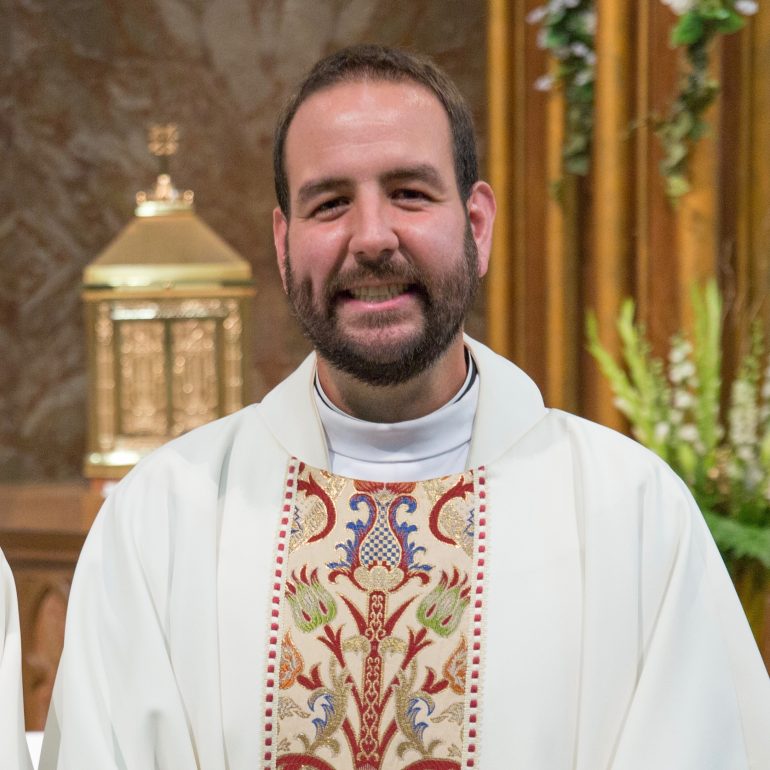 Fr. Andrew Kinstetter is a native of Wyoming and currently serves as Pastor of St. Laurence O’Toole Parish in Laramie, Wyoming. He grew up on a cattle ranch with his two brothers. After studying computer science in college for 3 years, he felt the Lord calling him into ministry as a Catholic priest and was ordained for the Diocese of Cheyenne in May of 2016. He enjoys keeping up on all things technology, considers himself a geek, particularly enjoying Star Wars and Doctor Who and attending Comic-Cons, loves to travel, and is a triathlete as well, having participated in one triathlon and run over 5 half-marathons.