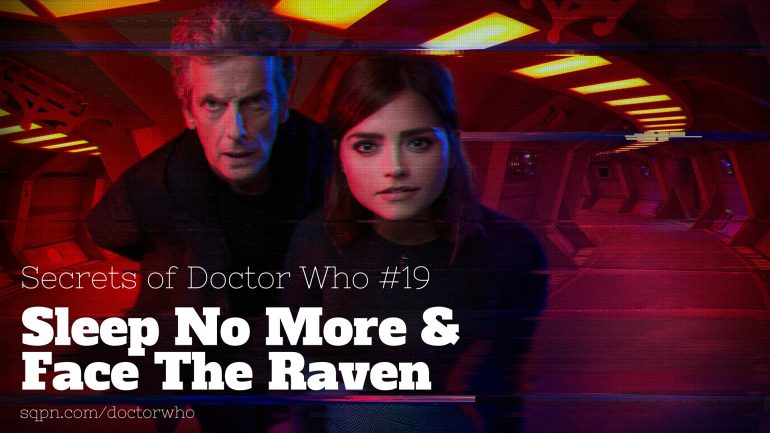 Jimmy Akin, Dom Bettinelli, Fr. Cory Sticha and Stephanie Zimmer talk about the central themes in the latest two episodes of Doctor Who.

In “Sleep No More,” a space station in the 38th century is under siege by the Sandmen, beings evolved from the gunk that accumulates in your eyes as you sleep (yuck!), because the people of the time are using technology to give up sleeping in favor of work. Told entirely from the point of view of “found footage”, this episode strikes new ground for Doctor Who, including a lack of a regular opening sequence. And it ends with an apparent defeat of the Doctor! We discuss the good characterization, some of the plot holes, and how it sets up the Doctor for the next episode, Face the Raven.

The episode we’ve been dreading (or awaiting for the Clara anti-fans) has arrived. In “Face the Raven,” Clara’s hubris and risk-taking have finally gotten here in real trouble. With the return of Ashildr and Rigsy (from last season’s “Flatline”), the Doctor and Clara have to figure out why Rigsy has a tattoo counting down to zero and no memory of the previous 24 hours. They walk into a trap on the trap street and The Doctor faces his worst nightmare, the loss of Clara. Dom, Stephanie, Jimmy, and Fr. Cory talk about the death and departures of companions, what it will mean for the Doctor and how the last two seasons have led up to this point.