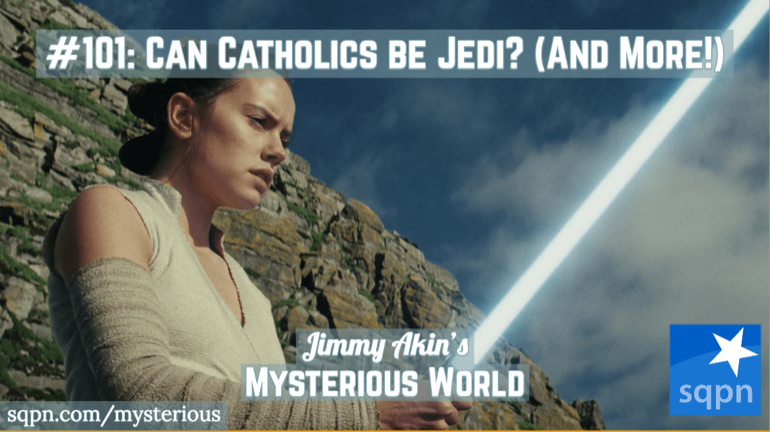 MYS101: It’s a fifth Friday of the month, so Jimmy Akin is answering more weird questions, including whether Catholics can be Jedi, saying Mass in Klingon, whether zombies can be saved, whether Elves need sacraments, and more.

Questions from this episode: