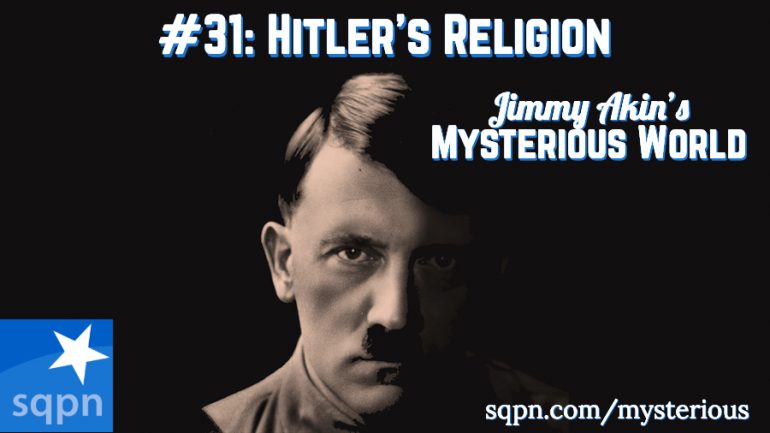 Adolf Hitler may have been the most sinister figure of the 20th century. His ideology of war and racism led to millions of deaths. Jimmy Akin and Dom Bettinelli examine what Hitler’s views on religion were, including many claims about them, and whether his views played a role in his actions.