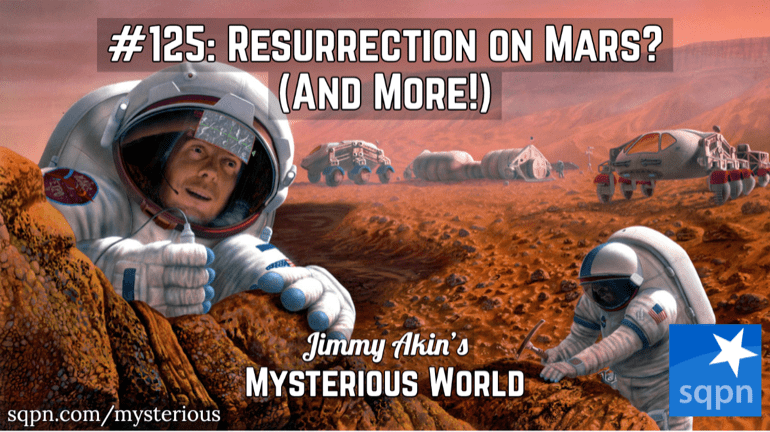 MYS125: On this fifth Friday of the month, Jimmy Akin answers more weird questions, including whether at the end times people will be resurrected on Mars; could we touch a rediscovered Ark of the Covenant; what was Jesus’ religion; did God create aliens; why is capybara licit in Lent; and more!

Questions Covered (Time in the episode):