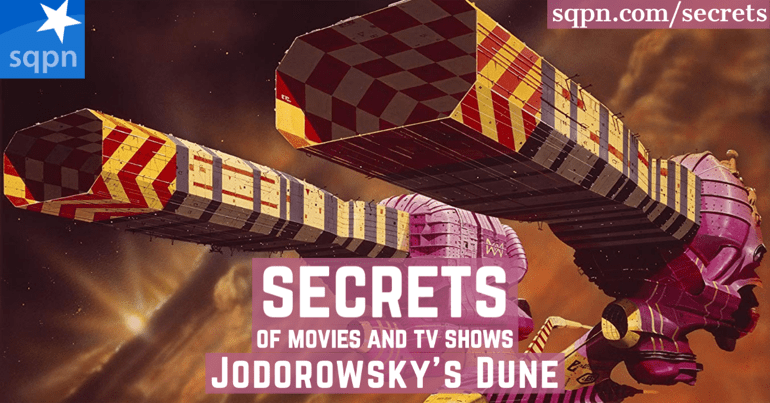 SCR062: Cult film maker Alejandro Jodorowsky attempted to make the most bizarre, avant-garde version of “Dune” in the mid-1970s. Thomas Sanjurjo, Andrew Hermiz, and Jack Baruzzini discuss the 2013 documentary about it and how, despite failing to get made, it influenced decades of films afterward.
Get all new episodes automatically and for free:
Follow using the RSS feed | Follow using Apple Podcasts | Follow using Google Podcasts | Follow using Stitcher | Follow by Email | Listen and subscribe on YouTube.

Help us continue to offer Secrets of Movies and TV Shows. Won’t you make a pledge at SQPN.com/give today?