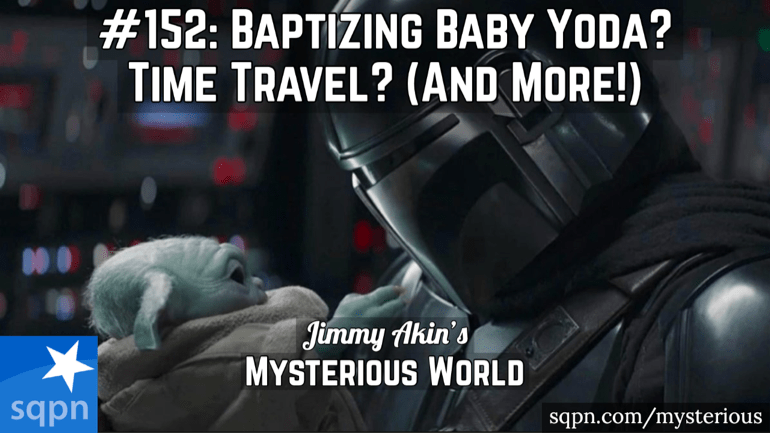 MYS152: It’s a fifth Friday so Cy Kellett of Catholic Answers Live is asking Jimmy Akin more weird questions from listeners, including whether the pope would be Bishop of Rome if humans left Earth; the practicalities of sacraments in space; could Grogu (aka Baby Yoda) be baptized?; what are the giants in the Bible?; and more.