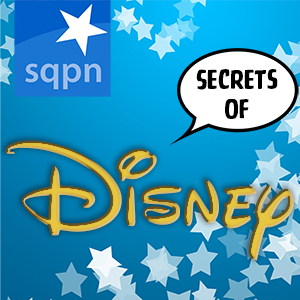 The Secrets of Disney is a podcast by fans of all things Disney, including a former Disney cast member, talking primarily about the theme parks and vacation destinations, including tips and information that only an insider can give you. But don’t be surprised if they occasionally discuss other parts of the Disney empire, including movies, TV shows, streaming services, cartoons, and all the rest that falls under the two big Mouse Ears, all falling under Starquest Media’s mission of exploring the intersection of faith and pop culture. So be sure to join the fun with your hosts Deborah Schaben and David Handlos and listen today.

The Secrets of Disney is an unofficial Disney fan podcast and is in no way affiliated with or endorsed by the Walt Disney Company.


Here’s how to listen or subscribe to the podcast. (Don’t worry: It doesn’t cost anything to subscribe.) Disney Summer - It's midsummer in North America and Debbie, Lisa, and David are discussing all the big Disney happenings, including Hamilton and Muppets Now on Disney+, plus updates on the reopening of Walt Disney World and Disneyland. 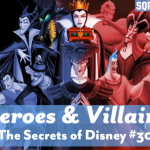 Heroes and Villains - Who's your inner Disney hero or villain? Deborah, Lisa, and David took some "scientific" online quizzes to channel their inner villains and reveal all, plus discuss their favorite heroes as well and why we have favorites. And they want to hear from you too: Who's your favorite? Which villain or hero are you? Send us an email to [email protected] and maybe include a video or audio of you doing your imitation of the character. 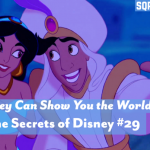 When They Can Show You the World Again - New guidelines in California and Florida offer a glimmer of hope for re-opening the Disney Parks in the near future. But how will that work with social distancing and other precautions? Plus, Deborah, David, and Lisa dream of where they want to travel when that's possible again and what they miss from the parks.
See ALL EPISODES