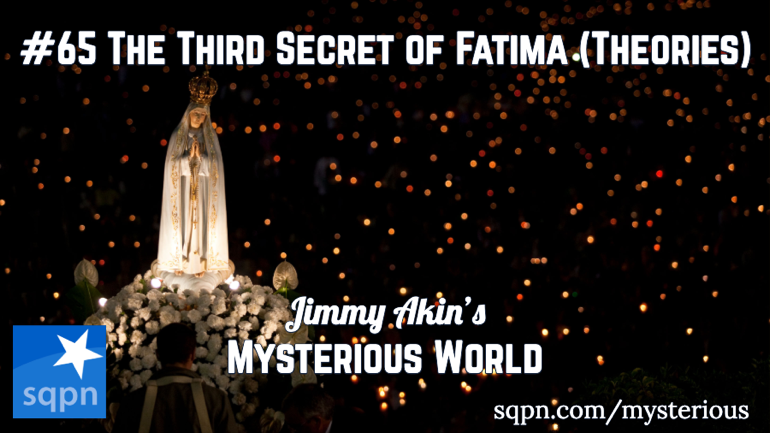 MYS065: In the second of a two-part discussion of the Third Secret of Fatima, Jimmy Akin and Dom Bettinelli examine the theories about the secret, whether it was really released in full in 2000; what it really means; and whether it was fulfilled already.(Listen to Part 1 of this discussion at this link.)