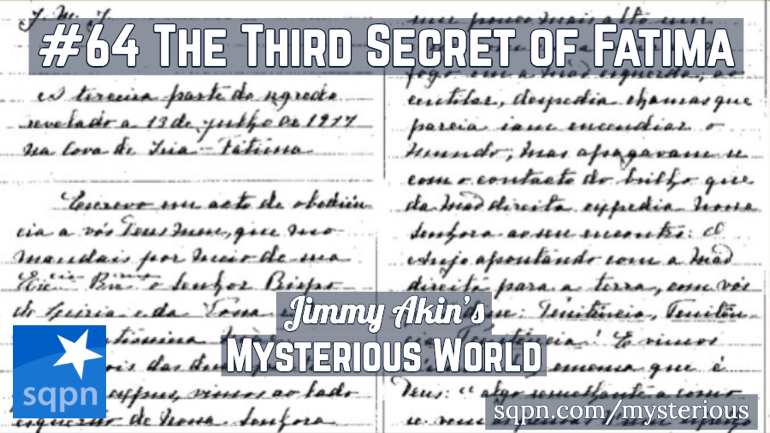 MYS064: In 1917, the Virgin Mary appeared to three children in Fatima, Portugal, giving them a three-part secret. The third remained secret and speculation ran wild, until it was made public in 2000. Jimmy Akin and Dom Bettinelli talk about the history, the speculation, and the disputes. (Listen to Part 2 of this show at this link.)