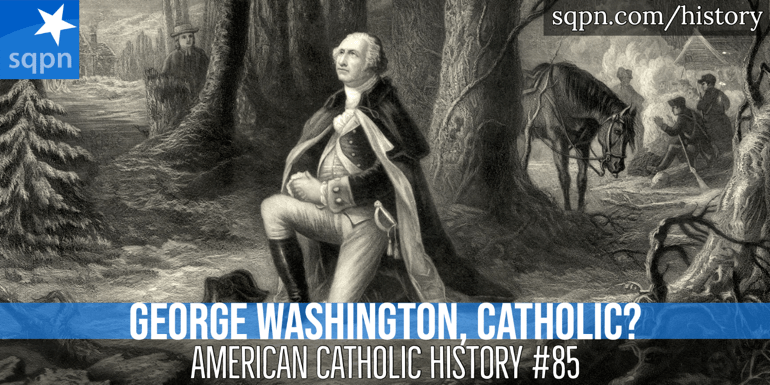 ACH085: Ever since he died, there has been speculation that George Washington converted to Catholicism on his deathbed. Tom and Noëlle Crowe look at the reasons why some think our first President did and the attitudes and actions in his life that were favorable toward Catholics.