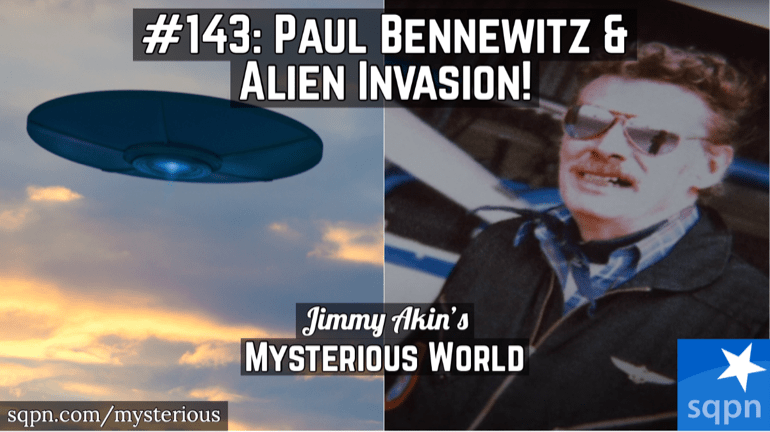 MYS143: Back in the 80s, Paul Bennewitz became deeply alarmed at evidence of an alien presence on Earth. He reported his discoveries to officials who took them seriously. Jimmy Akin and Dom Bettinelli discuss how he became convinced we had to fight back and so developed the attack plan Project Beta.

Mysterious Tales of Loss and Woe & Other Jovial Stories, a new book by Truest Dunkworth. In a world of wonder, this is a book that encourages teens and pre-teens to think and be surprised. Look for it on Amazon.com.