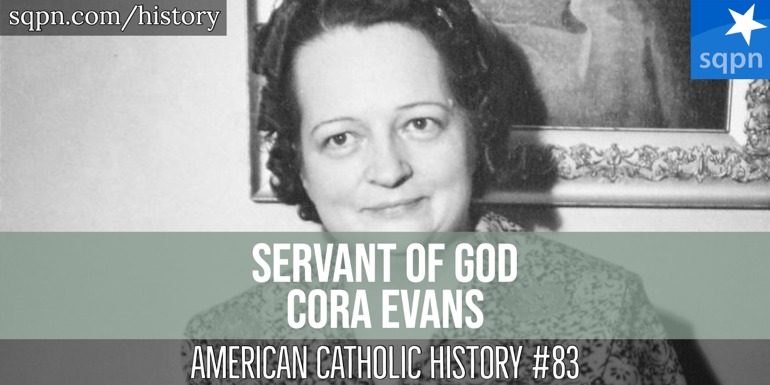 ACH083: Cora Evans was a Mormon homemaker in the early to mid-20th century who lost her faith soon after her wedding. But Tom and Noëlle Crowe reveal how she reported mystical experiences ever since childhood that led her to Catholicism and eventually to a cause for canonization.