American Catholic History is an independent podcast affiliated with and distributed by StarQuest Media. All copyrights are owned by Tom and Noëlle Crowe and all inquiries should be directed to americancatholichistory.org

Find links to all the books and other resources we mention in our show to find out more about these fascinating people and places in American Catholic History, by shopping in the ACH Store. We’re constantly adding new resources to the store, so if you don’t find what you’re looking for check back later or send us an email to ask.

As an Amazon Associate, SQPN earns a portion of the selling price from qualifying purchases. This helps support our mission. Thank you for your support. 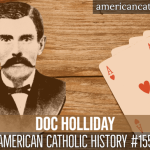 Doc Holliday - Doc Holliday was a real Old West character, a dentist, a gambler, and a gunslinger. Tom and Noëlle Crowe tell us that he was also a Catholic who converted on his deathbed, in part due to the influence of his beloved cousin, a religious sister. 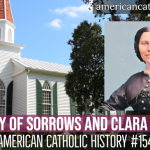 St. Mary of Sorrows, Clara Barton, and the Red Cross - The little Catholic church of St. Mary's in Fairfax Station, Virginia, played an important role in the Civil War as a hospital for wounded soldiers. Tom and Noëlle Crowe also tell us about Red Cross founder Clara Barton's care of the soldiers there. 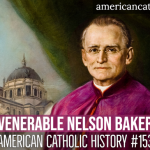 Venerable Nelson Baker - Ven. Nelson Baker was a Catholic priest whose radical trust in Our Lady of Victory helped him serve orphans, mothers, and children for decades. Tom and Noëlle Crowe tell us about the turning points in his life that led to the City of Charity in Lackawanna, New York. 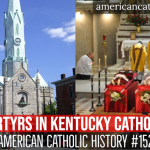 Roman Martyrs in a Kentucky Catholic Church - Why does a very old Catholic parish in Kentucky have the complete relics of two Roman martyrs? Tom and Noëlle Crowe tell the fascinating story of the relics of St. Bonosa and St. Magnus, an Italian Cistercian abbey, Pope St. Leo XIII, and St. Martin parish in Louisville. 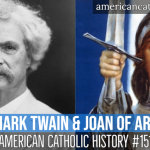 Mark Twain and Joan of Arc - Tha man who wrote Tom Sawyer would seem an unlikely author of a book about Joan of Arc. Tom and Noëlle Crowe explain how Mark Twain, this anti-Christian, even anti-Catholic, author, became not just interested in a Catholic saint's life, but an ardent fan.
See ALL EPISODES